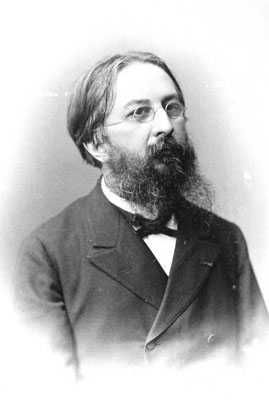 Jules Tannery (24 March 1848 – 11 December 1910) was a French mathematician, who notably studied under Charles Hermite and was the PhD advisor of Jacques Hadamard. Tannery's theorem on interchange of limits and series is named after him. He was a brother of the mathematician and historian of science Paul Tannery.

Under Hermite, he received a doctorate in 1874 for his thesis ''Propriétés des intégrales des équations différentielles linéaires à coefficients variables.''

Tannery was an advocate for mathematics education, particular as a means to train children in logical consequence through synthetic geometry and mathematical proofs.

Tannery discovered a surface of the fourth order of which all the geodesic lines are algebraic. He was not an inventor, however, but essentially a critic and methodologist. He once remarked, "Mathematicians are so used to their symbols and have so much fun playing with them, that it is sometimes necessary to take their toys away from them in order to oblige them to think."

His efforts were mainly directed to the study of the mathematical foundations and of the philosophical ideas implied in mathematical thinking. Tannery was "an original thinker, a successful teacher, and a writer endowed with an unusually clear, brilliant and attractive style." Provided by Wikipedia
1