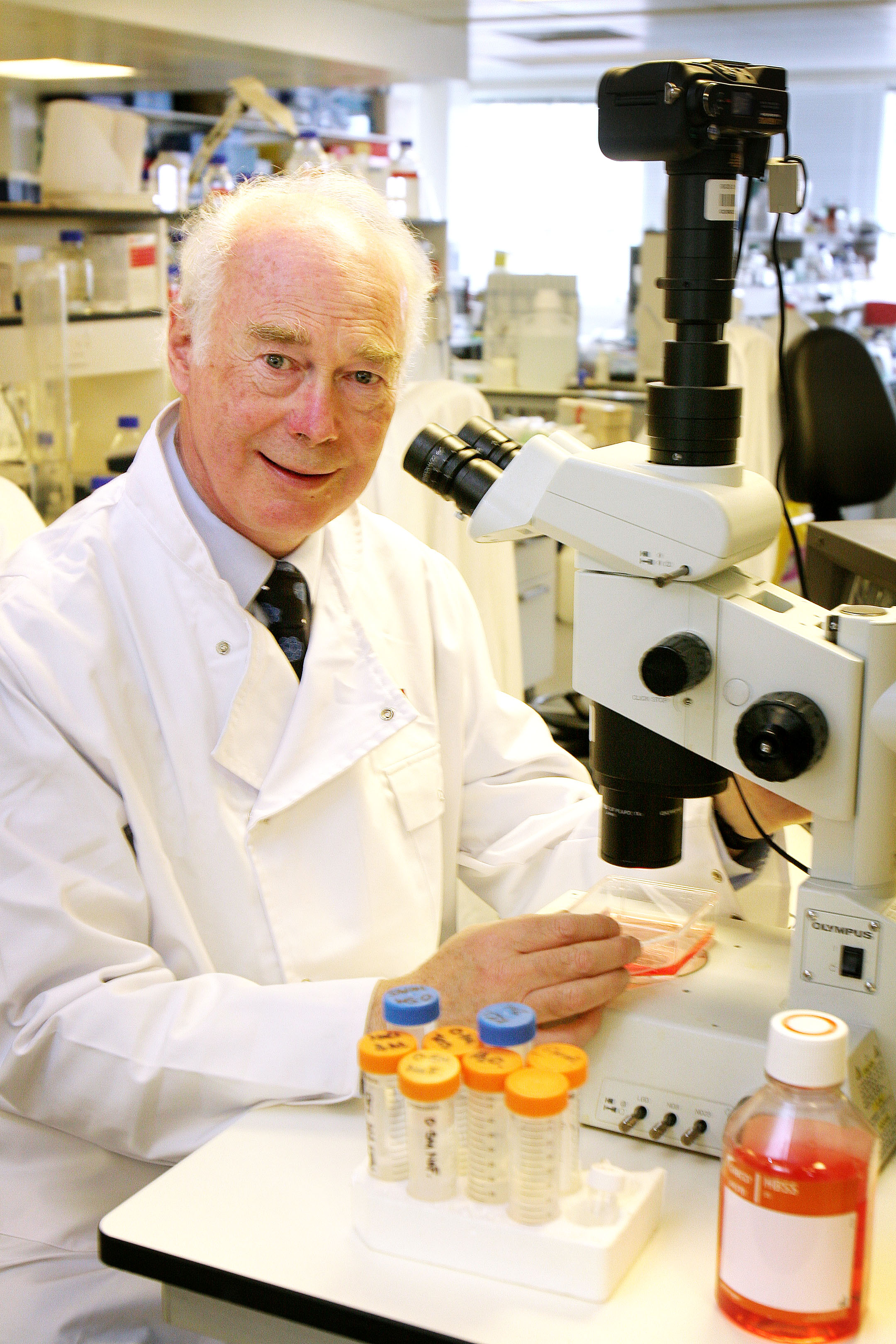 Sir Martin John Evans (born 1 January 1941) is a British biologist who, with Matthew Kaufman, was the first to culture mice embryonic stem cells and cultivate them in a laboratory in 1981. He is also known, along with Mario Capecchi and Oliver Smithies, for his work in the development of the knockout mouse and the related technology of gene targeting, a method of using embryonic stem cells to create specific gene modifications in mice. In 2007, the three shared the Nobel Prize in Physiology or Medicine in recognition of their discovery and contribution to the efforts to develop new treatments for illnesses in humans.

He won a major scholarship to Christ's College, Cambridge at a time when advances in genetics were occurring there and became interested in biology and biochemistry. He then went to University College London where he learned laboratory skills supervised by Elizabeth Deuchar. In 1978, he moved to the Department of Genetics, at the University of Cambridge, and in 1980 began his collaboration with Matthew Kaufman. They explored the method of using blastocysts for the isolation of embryonic stem cells. After Kaufman left, Evans continued his work, upgrading his laboratory skills to the newest technologies, isolated the embryonic stem cell of the early mouse embryo and established it in a cell culture. He genetically modified and implanted it into adult female mice with the intent of creating genetically modified offspring, work for which he was awarded the Nobel Prize in 2007. Today, genetically modified mice are considered vital for medical research. Provided by Wikipedia
1