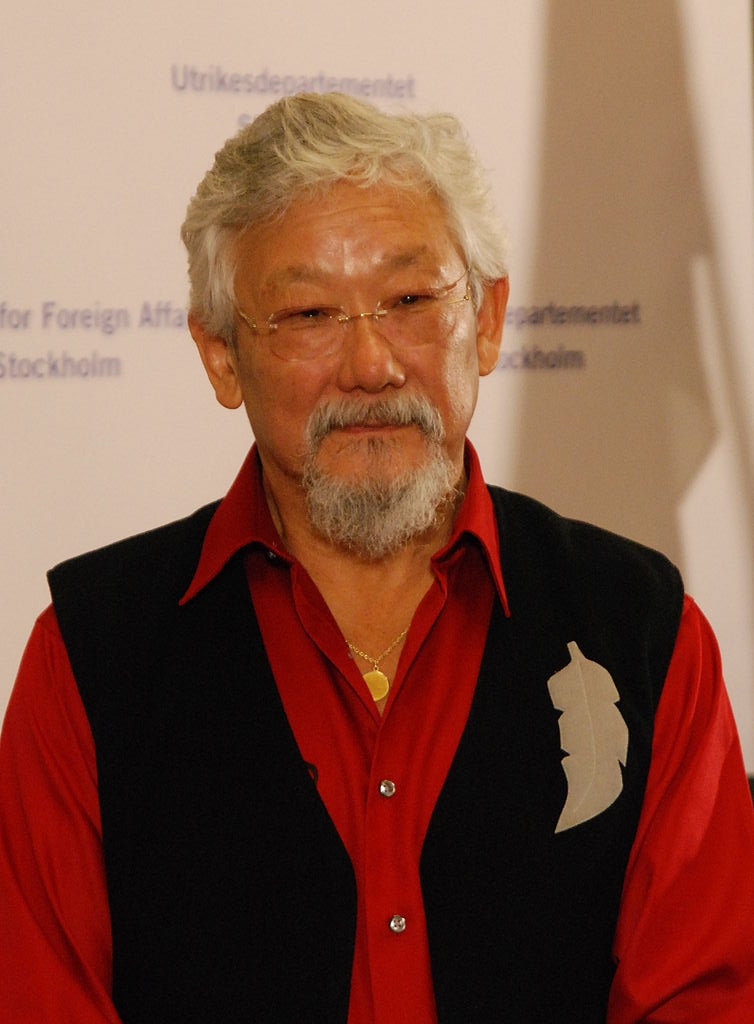 David Takayoshi Suzuki (born March 24, 1936) is a Canadian academic, science broadcaster and environmental activist. Suzuki earned a Ph.D. in zoology from the University of Chicago in 1961, and was a professor in the genetics department at the University of British Columbia from 1963 until his retirement in 2001. Since the mid-1970s, Suzuki has been known for his television and radio series, documentaries and books about nature and the environment. He is best known as host and narrator of the popular and long-running CBC Television science program ''The Nature of Things'', seen in over 40 countries. He is also well known for criticizing governments for their lack of action to protect the environment.

A longtime activist to reverse global climate change, Suzuki co-founded the David Suzuki Foundation in 1990, to work "to find ways for society to live in balance with the natural world that does sustain us". The Foundation's priorities are: oceans and sustainable fishing, climate change and clean energy, sustainability, and Suzuki's Nature Challenge. The Foundation also works on ways to help protect the oceans from large oil spills such as the oil spill in the Gulf of Mexico. Suzuki has also served as a director of the Canadian Civil Liberties Association from 1982 to 1987.

Suzuki was awarded the Right Livelihood Award in 2009. His 2011 book, ''The Legacy'', won the Nautilus Book Award. He is a Companion of the Order of Canada. In 2004, Suzuki ranked fifth on the list of final nominees in a CBC Television series that asked viewers to select The Greatest Canadian of all time. Provided by Wikipedia
1