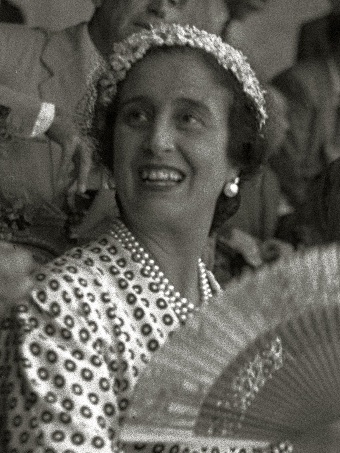 She exerted a major influence in censoring the press. She was the most influential woman in Francoist Spain. She was nicknamed as ''la Collares'' ("the [one with the] necklaces") in Spain, and was portrayed as housewife model in women's magazines.

She was endowed the Lordship of Meirás by Juan Carlos I on 26 November 1975. Provided by Wikipedia
1