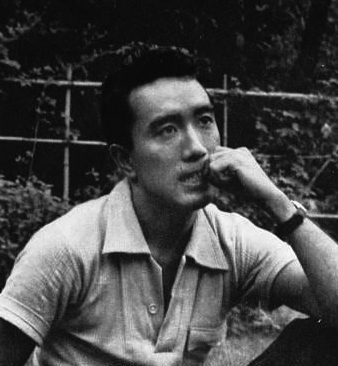 , , .}}|三島 由紀夫|Mishima Yukio|extra=January 14, 1925November 25, 1970}}, born was a Japanese author, poet, playwright, actor, model, Shintoist, nationalist, and founder of the , an unarmed civilian militia. Mishima is considered one of the most important Japanese authors of the 20th century. He was considered for the Nobel Prize in Literature in 1968, but the award went to his countryman and benefactor Yasunari Kawabata. His works include the novels and , and the autobiographical essay . Mishima's work is characterized by "its luxurious vocabulary and decadent metaphors, its fusion of traditional Japanese and modern Western literary styles, and its obsessive assertions of the unity of beauty, eroticism and death".

Mishima's political activities made him a controversial figure, which he remains in modern Japan. From his mid-30s, Mishima's right-wing ideology was revealed increasingly. He was proud of the traditional culture and spirit of Japan, and opposed what he saw as western-style materialism, along with Japan's postwar democracy, globalism, and communism, worrying that by embracing these ideas the Japanese people would lose their "national essence" (''kokutai'') and their distinctive cultural heritage (Shinto and Yamato-damashii) to become a "rootless" people. Mishima formed the Tatenokai for the avowed purpose of restoring sacredness and dignity to the Emperor of Japan. On November 25, 1970, Mishima and four members of his militia entered a military base in central Tokyo, took its commandant hostage, and tried to inspire the Japan Self-Defense Forces to rise up and overthrow Japan's 1947 Constitution, which he called "a constitution of defeat". After his speech and screaming of "Long live the Emperor!", he committed seppuku. Provided by Wikipedia
1

Le Pavillon d or Kinkakuji
by Mishima, Yukio
Published 1961
Book
Save to List