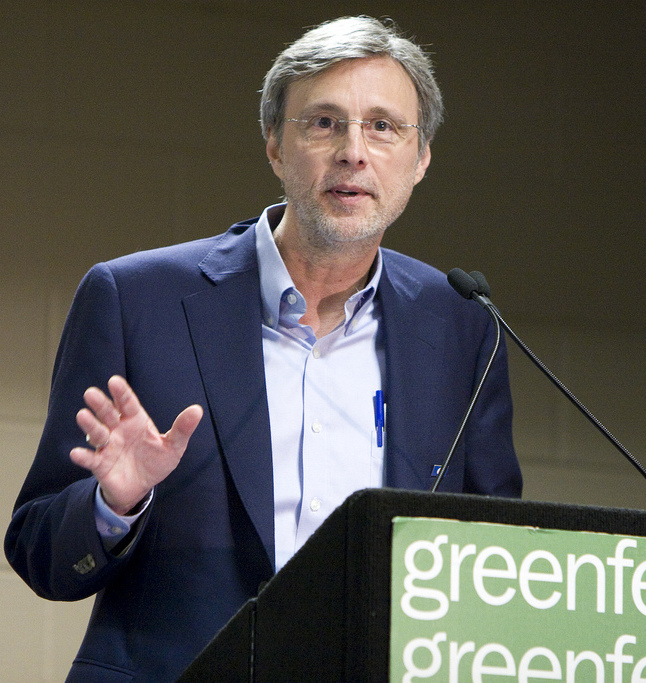 Thomas Carl Hartmann (born May 7, 1951) is an American radio personality, author, former psychotherapist, businessman, and progressive political commentator. Hartmann has been hosting a nationally syndicated radio show, ''The Thom Hartmann Program'', since 2003 and hosted a nightly television show, ''The Big Picture'', between 2010 and September 2017.

After being a DJ at Lansing, Michigan, country music station WITL-FM in the late 1960s, Hartmann was an entrepreneur, writer, and humanitarian for nearly three decades. He founded International Wholesale Travel and its subsidiary, Sprayberry Travel, among other ventures. He also founded the Salem Children's Village, a home for abused and special-needs children, in New Hampshire. Since 1992, Hartmann has written many books on politics, spirituality, and psychology. His 1992 book ''ADD: A Different Perception'' brought to national attention the hunter vs. farmer hypothesis of attention deficit disorder.

Hartmann's 2002 article, "Talking Back To Talk Radio", became part of the original business plan of Air America Radio, and he started his radio program out of his home in Vermont in March 2003. He moved to the Air America network in 2007 and then to the Jones Radio Network (later Dial Global and Westwood One) in 2009. His current syndicator is DGital Media. The radio show is also broadcast on community/non-profit stations via Pacifica Radio and Free Speech TV. ''The Thom Hartmann Program'' has 7 million listeners a week and is one of the top progressive talk radio programs. In 2008 Hartmann started a daily TV show, ''The Big Picture''. The RT network began carrying the show in 2010 and Hartmann left the show at the end of September 2017. Provided by Wikipedia
1