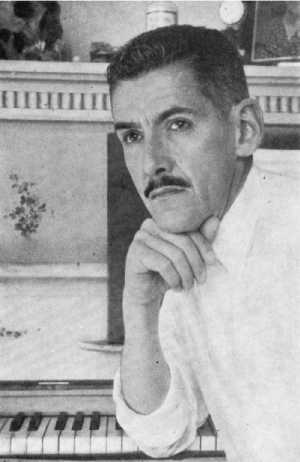 Carlos Guastavino (5 April 1912 – 29 October 2000) was an Argentine composer, considered one of the foremost composers of his country. His production amounted to over 500 works, most of them songs for piano and voice, many still unpublished. His style was quite conservative, always tonal and lushly romantic. His compositions were clearly influenced by Argentine folk music. His reputation was based almost entirely on his songs, and Guastavino has sometimes been called "the Schubert of the Pampas". Some of his songs, for example ''Pueblito, mi pueblo'', ''La rosa y el sauce'' ("The Rose and the Willow") and ''Se equivocó la paloma'' ("The Dove Was Wrong"), became national favorites. Unlike most other composers, at any time or place, Guastavino earned enough from his royalties and performing rights that he had little need for other income.

Ombú
by GUASTAVINO, Carlos
Published 1956
Musical Score
Save to List

Bailecito
by Guastavino, Carlos
Published 1953
Musical Score
Save to List