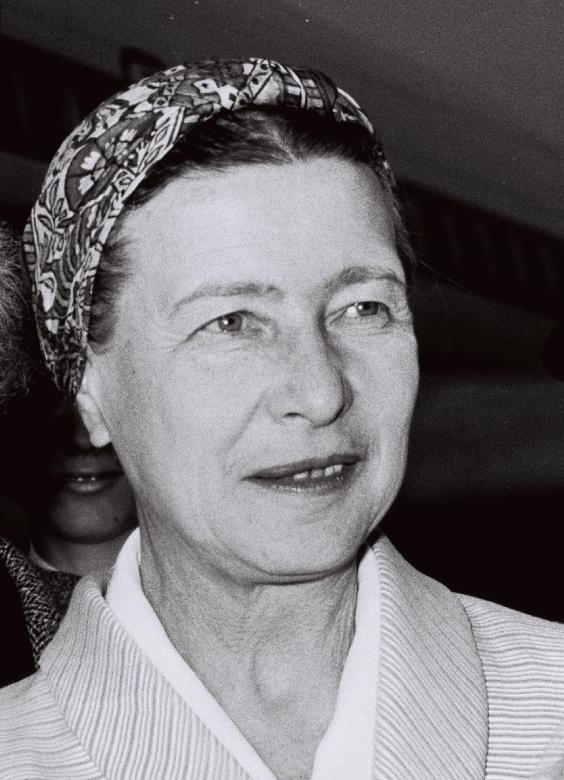 Simone Lucie Ernestine Marie Bertrand de Beauvoir (, ; ; 9 January 1908 – 14 April 1986) was a French existentialist philosopher, writer, social theorist, and feminist activist. Though she did not consider herself a philosopher, and even though she was not considered one at the time of her death, she had a significant influence on both feminist existentialism and feminist theory.

Beauvoir wrote novels, essays, biographies, autobiographies, and monographs on philosophy, politics, and social issues. She was known for her 1949 treatise ''The Second Sex'', a detailed analysis of women's oppression and a foundational tract of contemporary feminism; and for her novels, including ''She Came to Stay'' (1943) and ''The Mandarins'' (1954). Her most enduring contribution to literature is her memoirs, notably the first volume, "Mémoires d'une jeune fille rangée" (1958), which has a warmth and descriptive power. She won the 1954 Prix Goncourt, the 1975 Jerusalem Prize, and the 1978 Austrian State Prize for European Literature. She was also known for her open, lifelong relationship with French philosopher Jean-Paul Sartre. Provided by Wikipedia
1

J.P.Sartre versus Merleau-Ponty
by BEAUVOIR, Simone de
Published 1963
Book
Save to List