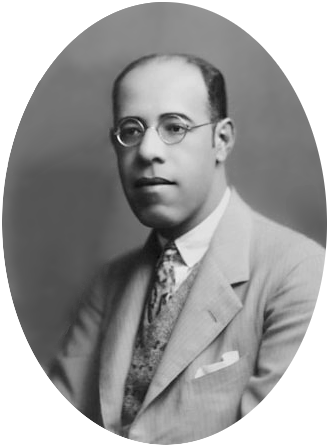 Mário Raul de Morais Andrade (October 9, 1893 – February 25, 1945) was a Brazilian poet, novelist, musicologist, art historian and critic, and photographer. He wrote one of the first and most influential collections of modern Brazilian poetry, ''Paulicéia Desvairada'' (''Hallucinated City''), published in 1922. He has had considerable influence on modern Brazilian literature, and as a scholar and essayist—he was a pioneer of the field of ethnomusicology—his influence has reached far beyond Brazil.

Andrade was a central figure in the avant-garde movement of São Paulo for twenty years. Trained as a musician and best known as a poet and novelist, Andrade was personally involved in virtually every discipline that was connected with São Paulo modernism. His photography and essays on a wide variety of subjects, from history to literature and music, were widely published. He was the driving force behind the Week of Modern Art, the 1922 event that reshaped both literature and the visual arts in Brazil, and a member of the avant-garde "Group of Five." The ideas behind the Week were further explored in the preface to his poetry collection ''Pauliceia Desvairada'', and in the poems themselves.

After working as a music professor and newspaper columnist he published his great novel, ''Macunaíma'', in 1928. Work on Brazilian folk music, poetry, and other concerns followed unevenly, often interrupted by Andrade's shifting relationship with the Brazilian government. At the end of his life, he became the founding director of São Paulo's Department of Culture, formalizing a role he had long held as a catalyst of the city's—and the nation's—entry into artistic modernity. Provided by Wikipedia
1